The five-day, blockbuster Stampede at The E to Guthrie and Lazy E Arena Aug. 10-15. The landmark event will begin on Monday, August 10 at 7:45 p.m. CT. The event, which traces its history back to 1989, prior to the inception of the PBR, will conclude with Round 2 and the championship round on Saturday, August 15 at 12:45 p.m. CT.

Following PBR’s premier series event, the action-packed weekend will conclude with the WCRA’s one-day, $300,000 Major Rodeo, the Stampede at the E, part of the Triple Crown of Rodeo, on Saturday, Aug. 15 at 7:00 p.m. CT.

What is the One-Day $300K Rodeo schedule 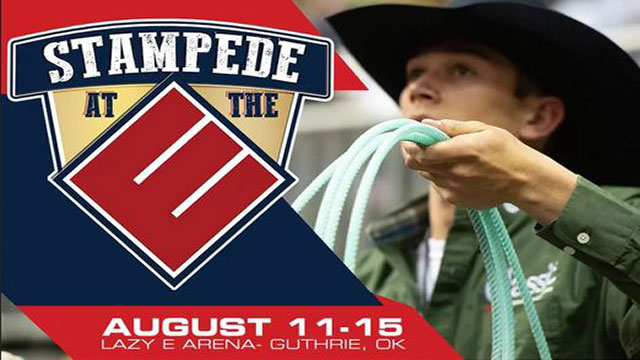 Athletes from around the globe have the opportunity to compete in the Stampede at the E and may qualify and earn points by nominating their efforts through the WCRA Virtual Rodeo Qualifier (VRQ) until July 26 at 11:59 p.m. CT. The number one athlete on the segment six leaderboard in each discipline as of July 26 will earn a direct spot in the $300,000 main event.

What is the payout?

Athletes will compete for their piece of the $300,000 purse. Athletes in each discipline will compete for share of $28,000 in the main event with the champions walking away with a minimum of $12,500 each.

Bull riders will compete for a total $78,000 purse as the $50,000 payout from Kansas City is carried over due to no qualified rides in the showdown round at the Royal City Roundup. The bull riding event champion will earn a minimum payout of $62,500.

The Stampede At The E will be preceded by timed event and rough stock qualifier August 11-14 which will raise the week’s total payout upwards of $600,000.

What TV Channel will the Stampede At The E be on?

How can I watch Stampede At The E for free—even if I am out of market?

The best way to watch Stampede At The E for free on a big screen is with a good HD antenna. Stampede At The E 2020 is broadcasted by CBS—meaning you’ve got a good chance of capturing the actions over the air, which costs nothing beyond the equipment prices. Be sure to test the antenna in multiple locations in your home to find the most reliable signal.

How can I stream Stampede At The E live online if I don’t have a cable subscription?

There are loads of online options to watch Stampede At The E, some completely free and others with free trial periods. If you’re not near a TV, you can log into CBS Sports Network to watch the actions or use the CBS All access app. CBS All Access streaming service, which has a one week free trial, followed by a $6 monthly charge. Also You can watch CBS Sports live online with one of these streaming services: fuboTV, Hulu with Live TV, AT&T TV NOW, CBS All Access or YouTube TV.

Fans will be able to access RidePass wherever they have web connection. Watch on computers, iPhones, Androids, iPads, Android Tablets and on Chromecast. RidePass is your all access pass to the world of western sports. Stream exclusive live and on-demand action from the WCRA STAMPEDE AT THE E, PBR BULLNANZA, WCRA Stampede at the E One-Day $300,000 Rodeo, PBR Unleash The Beast Tour, Rodeo, Velocity Tour, original series, news and opinion, and more.

Monthly Membership offers access to hundreds of Rodeo and PBR global events plus original series live and on-demand. This plan does not include premium pay-per-view events.