Watch the action at the PBR Monster Energy Team Challenge Finals! The Monster Energy Team Challenge Finals 2020 will be held on Fri, Jul 10, 2020 Sun, Jul 12, 2020 in Denny Sanford PREMIER Center, Sioux Falls, SD. Where the “Best of the Best” bull raiders and fans from around the Globe will come together to witness champions competing for the top prize! 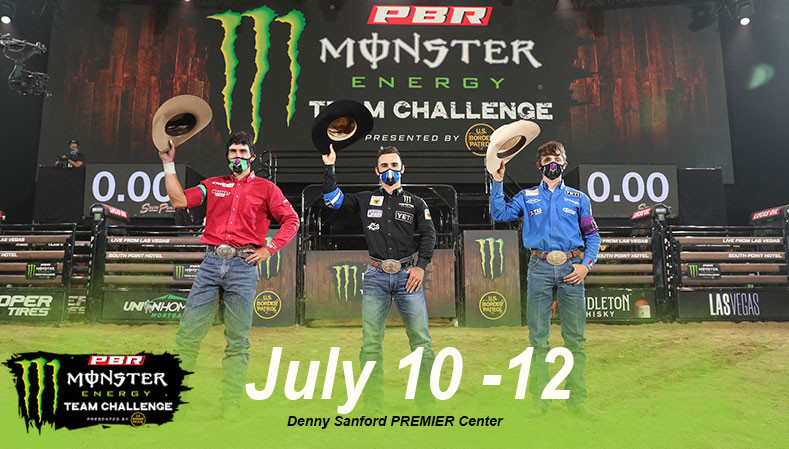 The Monster Energy Team Challenge will feature 48 of the best professional bull riders in the world. They will be split into 12 teams, broken up in two divisions. They will face off until only two teams are left, and those teams will compete for the championship.

The episodes will feature three “games” each, with 12 rides taking place in each game.

Championship weekend will take place in front of fans at the Denny Sanford Premier Center in Sioux Falls, South Dakota from July 10-12 and will be broadcast on CBS Sports Network, Ride Pass, FloRodeo.

What TV Channel will the Monster Energy Team Challenge Finals be on?

CBS is a broadcast network, which means that you can watch it for free using an antenna. That will net you some great CBS Sports action for free, including NFL broadcasts. Following the announcement of a 10-year extension earlier this year as the television home of PBR (Professional Bull Riders), the network will increase its coverage of the sport for the upcoming year. In 2020, CBS Sports will air more than 50 PBR telecasts, including more broadcast windows added to the schedule. You can watch CBS live without cable with one of these streaming services: fuboTV, Hulu with Live TV, CBS All Access, YouTube TV and AT&T TV Now.

RidePass is your all access pass to the world of western sports. Stream exclusive live and on-demand action from the PBR Unleash The Beast Tour, NFR, Velocity Tour, original series, news and opinion, and more. Annual Membership at $79.99 ($6.67/mo equiv.)