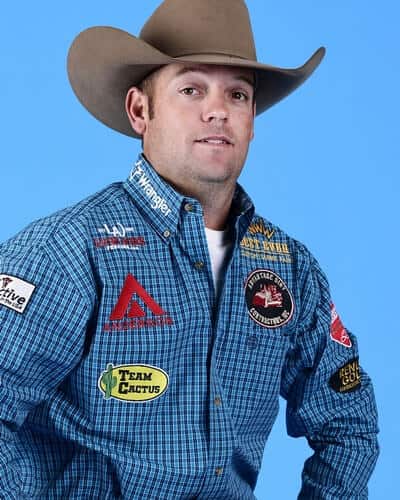 There have been a lot of consistency’s in Riley Minor’s life. And there have been things that he has been consistent at. One of those is team roping and that has him headed to his 10th Wrangler National Finals Rodeo roping with his older brother.

Every time that Riley has nodded his head to call for a steer in the Thomas and Mack Center, his older brother Brady has been to his right waiting to rope two legs. Riley has consistently roped horns and this year that has led to $97,649 in regular season earnings. He will start the NFR in sixth place. His four-legged partner has added to that consistency over the last several years. 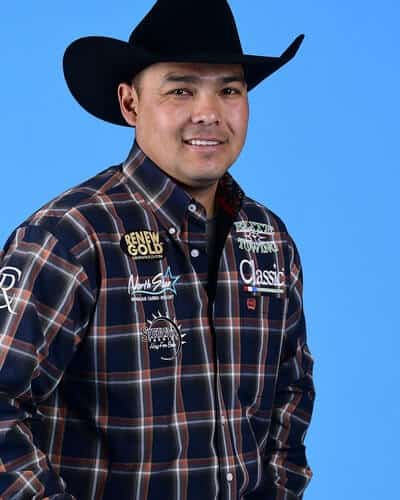 Erich spent most of the 2019 season roping with the PRCA Heeling Rookie of the Year who finished the season in 17th place. Paden will be in Las Vegas to get his award. Erich finished the regular season with $73,999 in earnings and will start the NFR in 13th place.

He and Paden had a good Cowboy Christmas run winning the rodeo at St. Paul, Oregon and tying for first at what Erich considers his hometown rodeo in Window Rock, Arizona. The win was really special for Paden as it was the first buckle that he has won at a rodeo. Erich had won the rodeo in 2015 and even though he has a gold buckle, the one from St. Paul is what he sports most of the time. He told Paden it was his lucky buckle. Now thanks to Erich’s heading, Paden has one of his own and Erich has two lucky buckles. 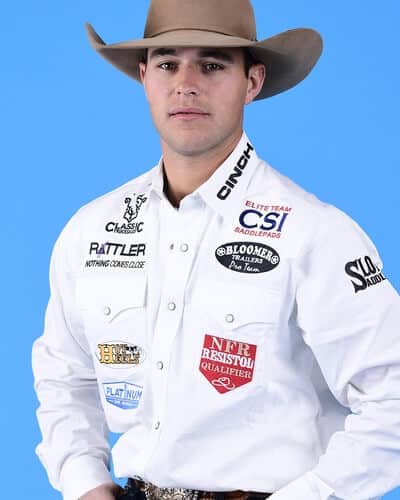 A year ago, Clay Smith missed his first steer at the Wrangler National Finals Rodeo. What could have dashed his hopes for a world title reminded him to treat the NFR like 10 separate rodeos.

He did just that, went on to place in seven of the rounds winning rounds two and five and leaving Las Vegas as the new world champion header. It was his fourth qualification for rodeo’s championships and each of those times had been with heeler Paul Eaves, who won the world in the heeling.

This year has been a year of transition for the man from Broken Bow, Oklahoma. He started roping with Jake Long. They won the National Western Stock Show Rodeo in Denver in January and the RAM National Circuit Finals in March. 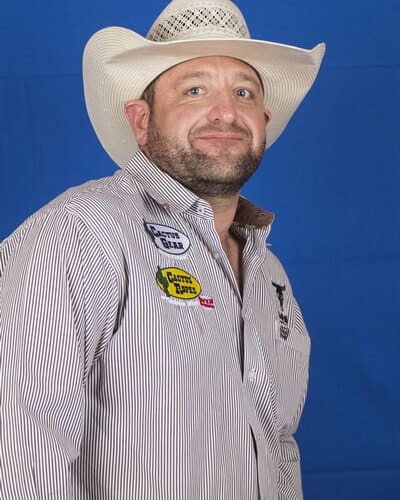 Sometimes the unexpected works out. It sure did for Ty Blasingame this year. Ty is headed back to the NFR after a nine-year absence.

He was there in 2010 with Cody Hintz finishing the season in 14th place. Finding head horses, getting married and having daughters all added challenges to Ty’s quest to get back to Vegas. He came close finishing in the top 25 three more years. Then to support his family he started driving truck. He bought more trucks and had others working for him, but the desire to get back to roping was growing. Ty had been living in Ramah, Colorado. After going through a divorce, he moved to Casper, Wyoming. 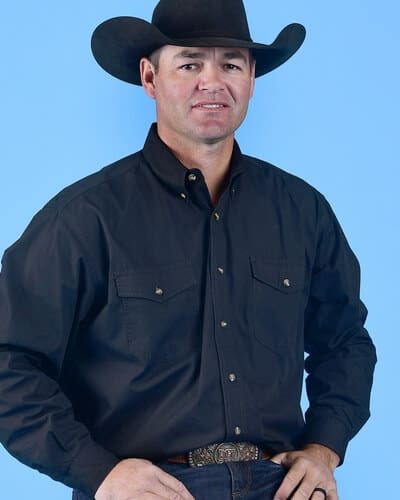 There’s very little in the world of team roping that Clay Tryan has yet to accomplish, yet he still finds the drive and passion to load up horses, get in a truck and drive to the next rodeo or jackpot.

He has been a member of the PRCA for 22 years and has won nearly every major rodeo on the circuit. The Reno (Nevada) Rodeo is still on his bucket list. When he nods his head to call for a steer at the first performance of this year’s Wrangler National Finals Rodeo, it will be the 151st time he has done that. 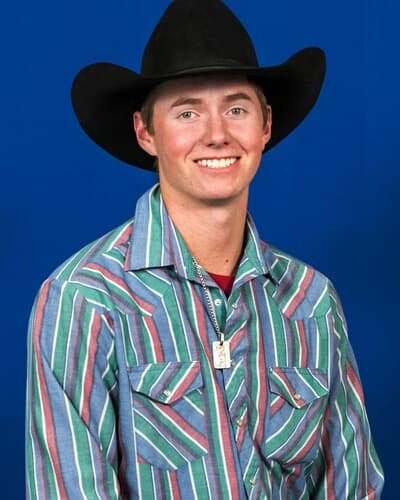 Brenten Hall has the distinction of being one of two first-time Wrangler National Finals Rodeo qualifiers in the heading, is the youngest of this year’s team ropers and he predicted his future when he was seven years old.

Brenten, who grew up in Jay, Oklahoma with a family of ropers turned 20 last June. He will enter his first NFR in ninth place with $88,927 in regular-season earnings. His parents roped with Travis Graves when he was just starting. They kept busy with roping, raising cattle and kids. 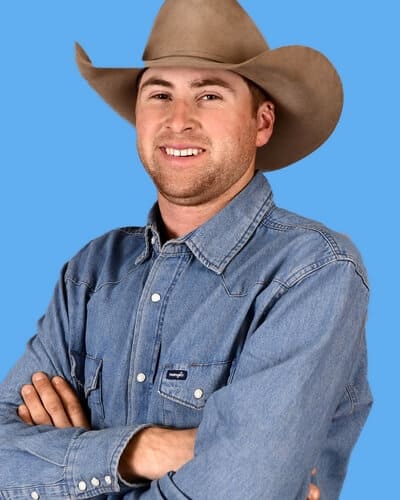 Seven years ago, when Cody Snow was still a teenager, he made an investment that has had a very positive influence in his life.

That was when he purchased a four-year-old mare, Ima Fresnos Dee, that has been partially responsible for his four trips to the Wrangler National Finals Rodeo. He calls the mare Annie and he is the only person that has ever roped on her. 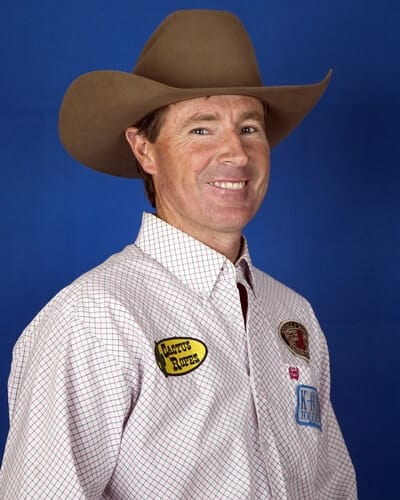 Matt Sherwood told Chelsea Schaeffer on the Team Roping Journal’s podcast “The Score” that this season had been a big rollercoaster ride.

Looking at his statistics, his career could be likened to a rollercoaster as well. Matt, from Pima, Arizona is headed to his sixth Wrangler National Finals Rodeo in 11th place with $76,204 won during the regular season. 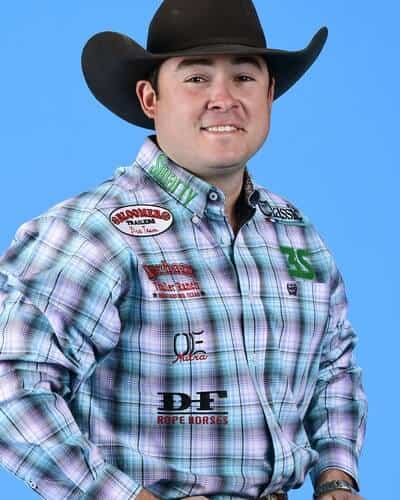 It would have been hard to imagine the career that was ahead of Kaleb Driggers when he first started roping as a four-year-old.

Twenty-five years later, Kaleb is headed to his eighth Wrangler National Finals Rodeo. He has won over $1.5 million in the PRCA alone, many major rodeo titles, and been the reserve world champion four times.

Three of those have been with his current partner, Junior Nogueira, and they have been the last three years. Kaleb enters the 2019 NFR in second place with $118,455. 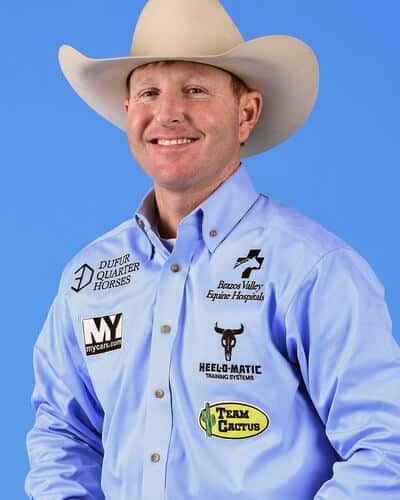 If Chad Masters is handing out advice to young people, he tells them to do something that he didn’t do, go to college and get an education.

The two-time world champion doesn’t have many regrets, but he has said that if he would have gone to college and gained maturity before starting on his journey to becoming one of the world’s best ropers, that journey might not have had so many twists and turns.

The Cedar Hill, Tennessee resident joined the PRCA in 2001 and two years later was heading at his first Wrangler National Finals Rodeo. In 2006 he won his first NFR average championship and finished the year as the reserve world champion. 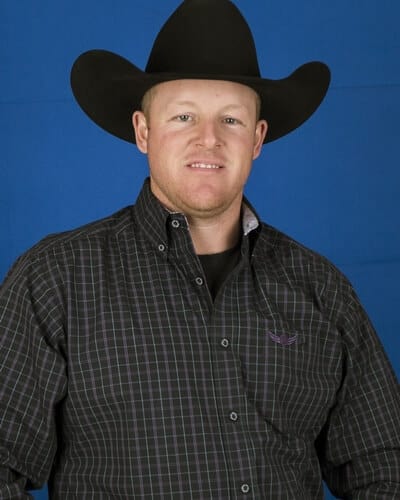 Fans are very excited to see the Cooper family represented in the team roping at the Wrangler National Finals Rodeo again. Jake Cooper, son of 1981 all around world champ and ProRodeo Hall of Fame inductee Jimmy Cooper qualified for this year’s NFR in the final spot.

He’ll rope there with Caleb Anderson who he has roped with all year. He qualified the first time in 2007 where he was heading for his twin brother Jim Ross Cooper. They made history as the only twins to compete in the team roping at the NFR. 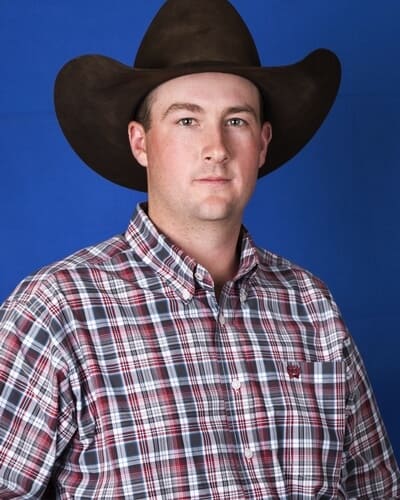 On Oct. 1st when the 2019 regular rodeo season was officially over, Tate Kirchenschlager posted on his Facebook wall, “What an unforgettable year it has been – I qualified for my first NFR.”

When Tate starts this year’s Wrangler National Finals Rodeo in 12th place with $75,738 in earnings. Throughout the year he has roped with five different partners, and two of them got him big wins that were critical to his qualification.

Last year he finished 47th in the world standings. That got him into San Antonio where he roped with the reigning team roping rookie, Ross Ashford for the first time. They got the W there and collected $25,750. Just like that, the eight-year-member of the PRCA was at the top of the world standings. 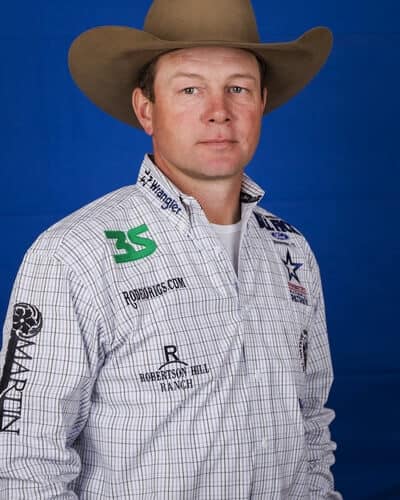 Luke Brown is making some room on the trophy wall of his barn. When he walks in there, he has a nice reminder of the success that he has had as a PRCA team roping header.

He has qualified for his 12th consecutive Wrangler National Finals Rodeo in 10th place with $84,939 earned during the regular season. His previous 11 back numbers are all framed and hung on the wall. And while he lives in Texas now, South Carolina will always be home. He’ll be proud to carry the “Palmetto State” flag during the grand entry for 10 nights in Vegas. 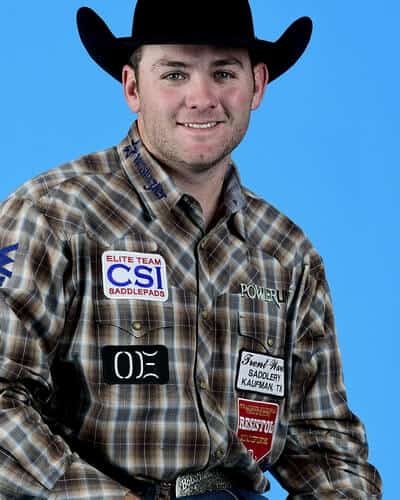 With three Wrangler National Finals Rodeo qualifications to his credit, it’s going to be a smarter Tyler Wade that rides into the roping box in the Thomas and Mack Center this year.

Tyler learned a lot at his first two qualifications. The first was in 2016 with Dakota Kirchenschlager. He missed it in 2017 finishing the season in 28th. Then he made it back again in 2018.

The first year he was there he didn’t really know what to expect and no matter what anyone told him, experiencing it for himself was a different reality. He saw what other ropers did to prepare and tried to mimic that. It wasn’t the best plan. He and Dakota placed in four rounds. 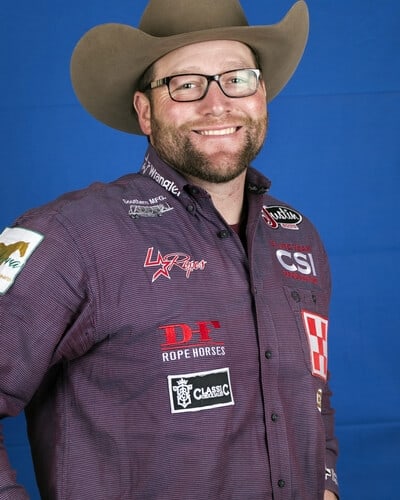 Coleman Proctor knows what it is like to be on the bubble for the Wrangler National Finals Rodeo. He knows all about near misses as well after finishing last year in 18th place.

Now he knows what it is like to qualify for rodeo’s championships near the top of the list and to be able to pick and choose which fall rodeos he wants to compete at. That happened this year thanks in part to a big win he and partner Ryan Motes had at RFD-TV’s The American last March.

That $50,000 that he won there had him in second place in the world standings the first of April with over $90,000 in earnings. That is a position he had never been in before. He continued picking up checks with Ryan and other partners to the tune of $104,318 earned in the regular season.

How does a breakaway rope work?

The rope is tied to the saddle horn with a string. When the calf hits the end of the rope, the rope is pulled tight and the string breaks. The breaking of the string marks the end of the run. The rope usually has a small white flag at the end that makes the moment the rope breaks more easily seen by the timer. In conjunction with the Wrangler® National Finals Rodeo (NFR) at Globe Life Field in Arlington, Texas, women ropers will compete for the 2020 world championship: The Wrangler® NFBR and a $200,000 purse at this three-day event.