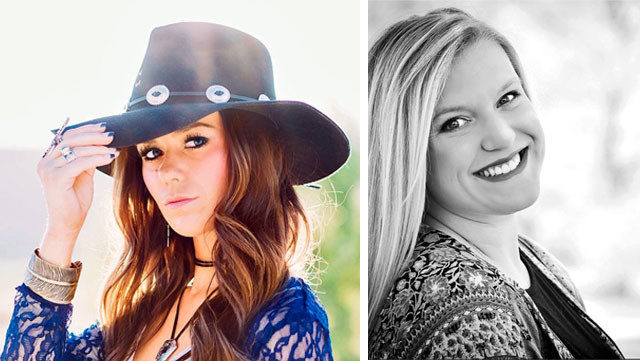 After a three-month promotion, two performers have been selected by fans to sing the national anthem at the Wrangler National Finals Rodeo in Las Vegas. The Wrangler NFR will kick off on Thursday, Dec. 5 and run through Saturday, Dec. 14.

The Wrangler NFR National Anthem Contest launched on Aug. 1. All entries had to be submitted by Aug. 23. Entries were received from 29 states. From there, an initial fan vote narrowed the list to the Top 30 and a panel of judges narrowed the list to the Top 8 for further open voting. From Sept. 26 through Oct. 3, fans voted on their selection of choice among the final eight entries. The 2019 winners were Jackie Akers, a repeat winner from 2018, and Allie Burget, a winner from 2016. Akers will perform on Dec. 8, while Burget will appear on Dec. 9.

A native of Carson, Iowa, Akers works in the Riverside Community School district in nearby Oakland. She lives in Carson with her husband, Cody, and two daughters – Carly and Layla. An experienced performer, she has had solos in numerous school plays and concerts and sang the national anthem for numerous events, ranging from sports to military events. For the past 14 years, Akers has been the lead female vocalist for the very popular church band at the Carson United Methodist Church. For the past 18 years, Akers has had the opportunity to sing the national anthem at the local Carson Rodeo.

Hailing from the small, rural town of Brewster, Wash., Burgett has been performing since she was a child. Following high school, she attended Gonzaga University in Spokane, where she graduated in 2017 with a bachelor’s degree in Political Science and Criminal Justice. Since then, she has worked as a paralegal and is planning on attending law school next year. In addition to performing the national anthem for rodeos and other athletic events, she enjoys performing country music and singing for her local church. Allie performed the national anthem at the NFR once before in 2016, which she recalls as one of the greatest honors and privileges she has received.