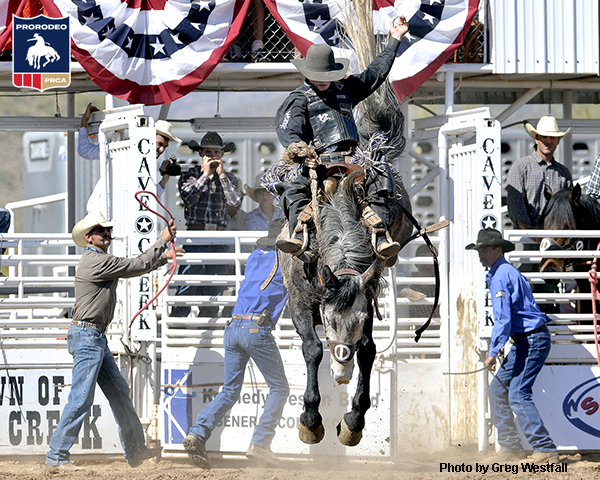 The first ProRodeo competition since the COVID-19 hiatus began two months ago gives extra cause for celebration at the Cave Creek (Ariz.) Rodeo Days.

This central-Arizona rodeo may not be the biggest, but it has a history of attracting some of the biggest names in ProRodeo in recent years and helping some qualify for the Wrangler National Finals Rodeo.

Steer wrestler Dirk Tavenner won Cave Creek’s steer wrestling in 2017 with a 4.2-second run. Although he hasn’t qualified for the NFR yet, 2020 could be his year with him 12th in the PRCA | RAM World Standings.

In 2019, Wright’s uncle CoBurn Bradshaw won Cave Creek’s saddle bronc riding with an 83-point ride on The Cervi Brothers’ Wyatt Earp. Bradshaw has won more than $1 million in ProRodeo competition, thanks in part to four trips to the NFR (2015-18).

Fans can expect to see great things unfold in the arena for the 2020 Cave Creek rodeo, possibly even a glimpse at future Wrangler NFR contenders.